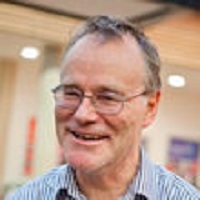 Dr Simon Sweeney is a Reader in International Political Economy & Business at the University of York. He is the author of Europe, the State and Globalisation (Routledge, 2016). His PhD was on EU Security and Defence Policy (University of Leeds, 2015). Between 2006 and 2013 he served as a UK Bologna Expert, sponsored by the European Commission. He is a widely published post-doctoral researcher in the field of European Union studies, and his specialism is European common security and defence policy.